Tapping At Glass charts girlhood, multilingualism, and psychogeography from Hong Kong to Scotland. Myths, meditations on the arts and mass media, and migration stories entwine. Through protest-stricken urban spaces, love hotels, farming as activism, frog watching, alternative therapies, and seascapes where racial and social memories flow in all directions, the working class subjects in Cheng’s poems reflect on what it means to exist in one locale and dream of elsewhere, where the past and future, interconnectedness and othering, are in perpetual negotiation. Tapping into various moods, Cheng’s poems question the making of a self and a city, and the languages one uses to translate microhistories.

“Tim Tim Cheng is a wonderful new voice in the poetry landscape. Playful, serious, complicating any attempt to pin her down – even in the short span of a pamphlet she dances through images and ideas. Already so accomplished, she is definitely a poet who is going places.” – Niall Campbell

Tim Tim Cheng is a poet and teacher from Hong Kong, currently based between Edinburgh and London. Her pamphlet Tapping at Glass is forthcoming with Verve in 2023. Her poems are published or anthologised in POETRY, The Rialto, Ambit, Cicada, Our Time is a Garden, and elsewhere. She has spoken in transnational literary panels across Asia-Pacific regions, the States, and the UK. Her latest appearances include the Hidden Door festival, and Loop, BBC Scotland. Named ‘one of the seven female poets to know in Hong Kong’ by Tatler Asia, she is also a William Hunter Sharpe Memorial Scholarship awardee, WRiCE fellow, and Roddy Lumsden Memorial Mentorship mentee. timtimcheng.com 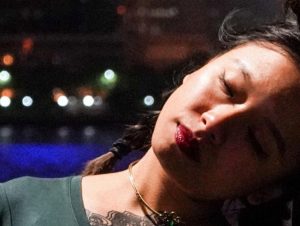