Rushika Wick’s poems are works of great imaginative power, both formally and in terms of their contents. In the exuberant opening poem of this collection, ‘Diaries Of An Artist In Hiding’, she is by turns the president, Matisse, a love letter, the weather, a badger; ‘the experiment is boundless / like the imagination of a new subspecies /of giant squid / immeasurable and brilliant, / its owner perceived as a delicacy.’ It is a poem that seems to stand as a sort of manifesto for the whole book, which feels like poetry that contains such energy it has started to wriggle free from the usual constraints of subject and form. But unlike so much experimental poetry, the reader is brought along for the ride and encouraged to feel the wind in their hair. Characters appear – Camille Claudel, Michael Knight, Lady Chatterley – only to vanish again in a single line once their work is done. Poetic forms are introduced only to be blown apart, words scattering across the page like paint-spatter, letters vanishing to reveal deeper truths. These poems are so full of life even as they acknowledge the stark realities that are a risk to life – also the very real presence of death. And everything is here. And trash is everywhere. And the wind is blowing it and us. It is exhilarating!

‘Afterlife As Trash introduces us to a thrilling new voice, clear-eyed and tender in its witnessing of our mercurial existence and that of our planet.
I delighted in the assured, playful pyrotechnics of language and the wry humour that accompanied poems of deep-thinking and serious intent.
“As I am both living and dying every day I wish only for / the extraordinary” a speaker maintains, encouraging us to do the same.’
– Shazea Quraishi

Rushika Wick is a poet, doctor and Children’s Rights advocate who is interested in how social structures and relationships impact the body. She has performed with the Cold Lips Magazine collective in London, Rough Night Press (Amsterdam) and Skylark (Norwich) communities. Her work has been published  in literary magazines including Ambit, Datableed and Tentacular and within anthologies including Fool-saint (Tangerine Press), Alter Egos (Bad Betty Press) and Smear (Andrews McMeel). 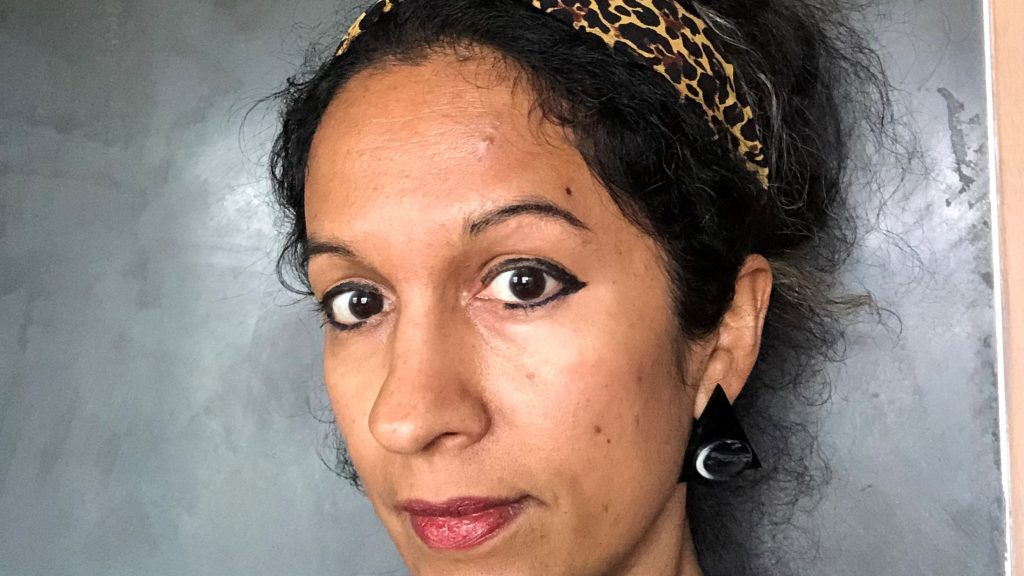