During the deepest days and nights of spring 2020, Kathleen Ossip, like many of us, was stuck at home and anxious. She found herself turning inward, toward memory, imagination, and immediate domestic and natural environments, with few distractions. The constraints and compressions of daily life—a walking path, a jigsaw puzzle, a partner, rummaging through old notebooks, watching political chaos unfold—resulted in this book of Little Poems.

‘The poet has an uncanny ability to convey what it actually feels like to be alive today…Ossip is one of our foremost ethnographers of contemporary unreality.’ —The Believer

‘The poetry of nerves…is self-evidently, truly American, and this poet is a fine recorder of its devastating little complexities… The eye is restless and relentless, a detail-devourer, a silent machine that has developed, like a diary, a hunger for subtleties… At her acutest she is irresistible.’ —Derek Walcott

Kathleen Ossip’s most recent book is July. She is also the author The Do-Over, which was a New York Times Editors’ Choice; The Cold War, which was one of Publishers Weekly’s Best Books of 2011; The Search Engine, selected by Derek Walcott for the American Poetry Review/Honickman First Book Prize; and Cinephrastics, a chapbook of movie poems. Her poems have appeared widely in such publications as The Washington Post, The Best American Poetry, The Best American Magazine Writing, The New York Review of Books, The Nation, The New Republic, The Believer, Poetry, Paris Review, and many others. She has been a fellow at the Radcliffe Institute for Advanced Study, Harvard University. She lives just outside of New York City. 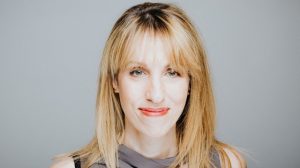