‘Writing the beautiful, flawed characters of Love The Sinner was a comfort during the isolated times of the pandemic. Following their entangled lives reminded me of the joys of community and cities, with the collection ultimately being a celebration of all it means to be human.’

Did you know? Love The Sinner will also be released as an electronic music album in collaboration with Sarah Carton. The music has been compared to work by FKA Twigs and James Blake.

Imogen Stirling is a Glasgow-based artist. She is a performance poet, theatre-maker, musician, writer and facilitator. She was the inaugural Writer-in-Residence for Paisley Book Festival 2021, is currently leading on Wigtown Book Festival’s youth programme and features as a writer/performer on BAFTA-winning Sky Arts documentary, Life & Rhymes, hosted by Benjamin Zephaniah. Imogen is a highly regarded artist who has performed her work widely throughout the UK and abroad (inc. BBC, Latitude Festival, Lindisfarne Festival, Neu! Reekie!, Sofar Sounds). Imogen is best recognised for her five-star debut collection and show #Hypocrisy which sold out at Edinburgh and Prague Fringe Festivals (Speculative Books, 2019) and was a participant of the BBC Words First talent development scheme (BBC Radio 1Xtra, BBC Asian Network and BBC Contains Strong Language).

She was awarded ‘Artist of the Year 2021’ (Scottish Emerging Theatre Awards/National Theatre of Scotland), is part of the Convergence 2022 screenwriting cohort and is co-founder of Siren Theatre Company (Tron Theatre, Ayr Gaiety). Imogen’s work has been described as ‘life-affirming artistry’ (Everything Theatre) and ‘a tonic for the tribal times we live in’ (Darren McGarvey).

This is a book adaptation of Imogen Stirling’s show-in-progress. A fusion of poetry, theatre and electronic music, Love The Sinner is a modern retelling of the stories of the seven deadly sins. Benjamin Zephaniah has called the show ‘the work of a lyrical genius’.

Swooping from the mundane to the immense, Stirling’s long-form poetry weaves narratives of human experience.

This story sees ancient roots clasp hands with modern compassion to explore human frailty, love and resilience, while the threat of ecological crisis rumbles in the background. 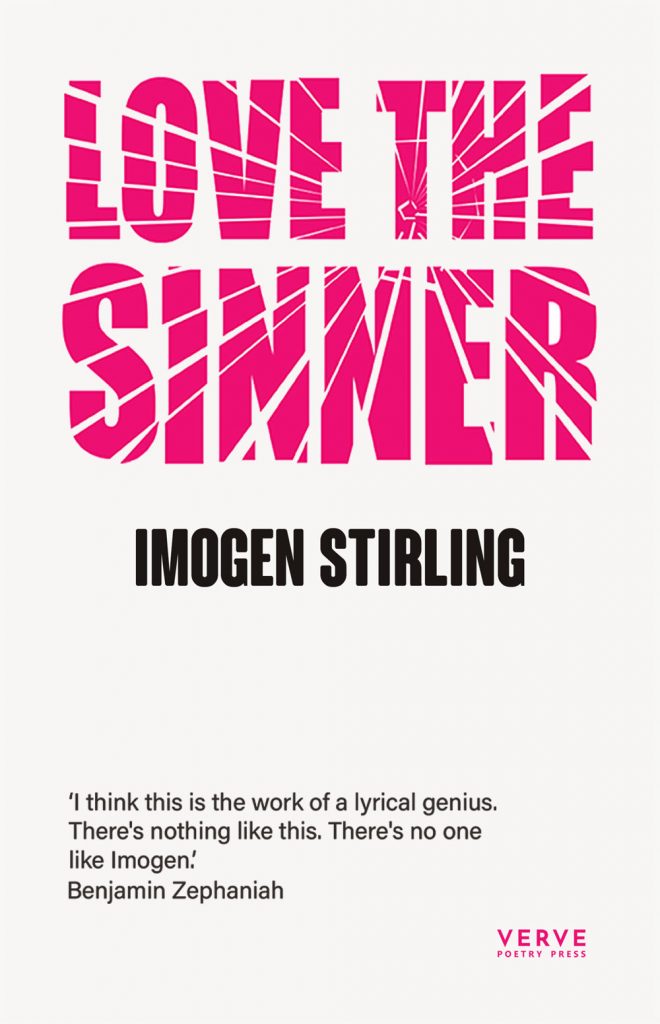 'A rich and other worldly book, a compelling work woven with gold threads of resistance and resilience, connection and human nature.'
Salena Godden

Cast from the mind of a Greek,
they are seven.
Etched in memory and manuscript,
they act as guide,
warning
and legend.
Crude definitions
caught somewhere between complex and simple,
their cardinal intelligence documents
a testament of misdemeanour.
Impressive, really
See their history and stature,
standing as pinnacles, their vision held
t  e  r  r  i  f  i  c   v  a  s  t  n  e  s  s
They span millennia
to tell us of sin.

'This collection demonstrates just how creative a thoughtful and intelligent poet can get with sin. I think this is the work of a lyrical genius. It is crafted by a great poet, and crafted with emotional depth. There's nothing like this. There's no one like Imogen.'
Benjamin Zephaniah
Order LOVE THE SINNER Now 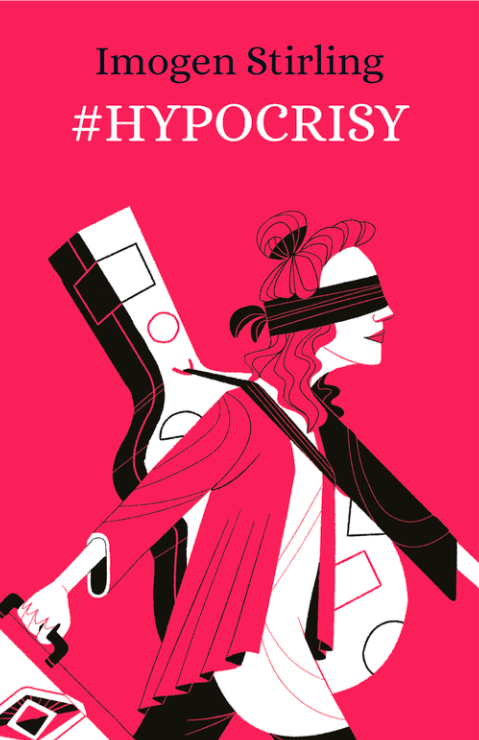 This is a book adaptation of Imogen Stirling’s five-star show, with illustrations by Sean Mulvenna.
#Hypocrisy was originally performed at the Edinburgh Fringe Festival 2018, before transferring to London’s Theatre503 and touring around the UK and Europe. An audio version of the show (featuring an original score) can be found on Spotify and Bandcamp.
'Exactly the sort of poetry we need right now.'
Alan Bissett

Rehearsal footage taken prior to Love The Sinner’s showcase at the Tron Theatre’s Outside Eyes event (October 2019).