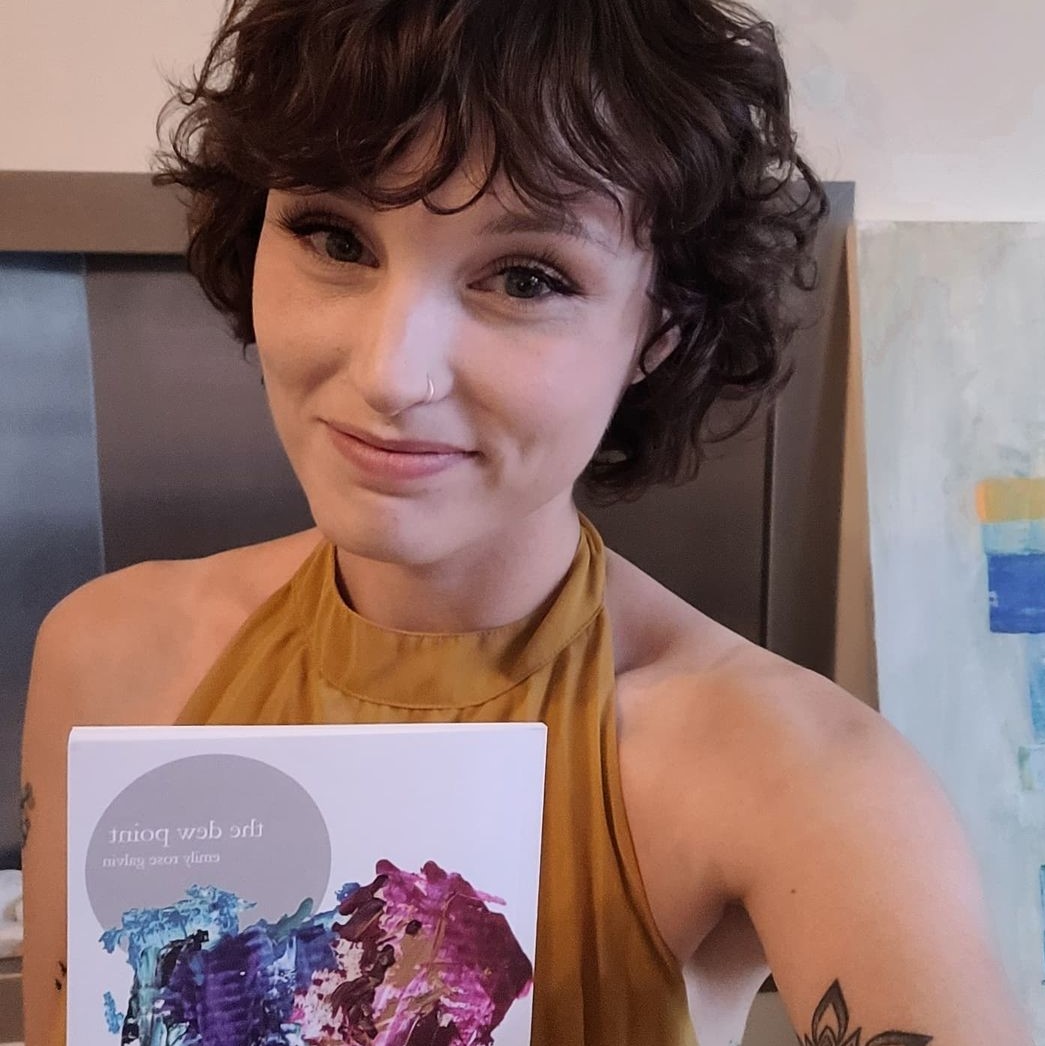 Did you know? Emily works on canvas as well as on the page - you can see some of her acrylic/mixed media pieces on her social media (linked below!)

Emily Rose Galvin was the first female Staffordshire Poet Laureate (2017-2019) before becoming Poet in Residence at Lichfield Library and co-host of Spoken Word night WordCraft in Stoke-on-Trent.  Performing regularly across the UK, Emily has a repertoire of poetry that tackles mental health, emotional wellbeing and the complications of human relationships, and was most recently placed in the Top 5 Shortlist for Culture Recordings’ New Voice in Poetry Prize 2020.

Taking inspiration from the transient states of water, and the parallels of human sentiment, the debut collection from Emily Rose Galvin explores the changing states of emotion, relationships, mental health and cultural pressures. From the vapour-like intangibility of first love to the waves of depression, the dew point aims to examine that finite degree between happiness and desolation; emptiness and making ourselves whole.

At times both vulnerable and shocking, Emily’s writing strikes a nerve between the subtle and uncomfortable, while coaxing out the honest core of readers and forcing them to engage with the darker parts of modern life that we tend to gloss over. 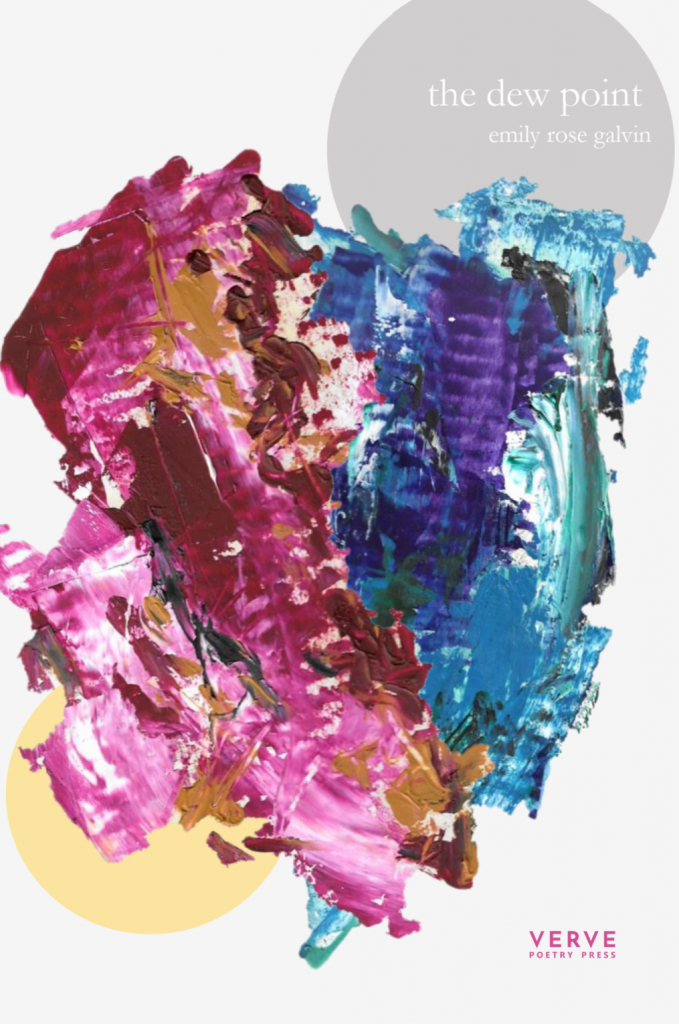 The Theory of Relationships According to Pythagoras

Point one, and you’d be blind to call this a triangle,
triangular as your limbs all seem;
too many elbows, somehow,
jutted in to left angles,
one too many ribs that make each breath
sound like a butterfly earthquake between chests.
But you embrace like a moulding.
A negative degree angle,
convex,
each cell below the belly button and above the kneecap
part of some complex reaction
fusing into one another,
or
desperate to.
Hearts meet at point two,
Straight lined, so much less about sex these days,
a full-bodied unity.
The points of the hips meet softly now
as breathless kisses,
the sigh of an arm draping a shoulder in triangulation.
These bodies the rise of a steeple, the stretch of a finger,
the swoop of a wing.
But I saw us at point three
obtuse in all angles, repellant;
the touching biceps and minds wandering beyond the
conservatory door.
I’d build a ship in the space between us
and set sail for hope
were it not for the anchor of a tear
against my right-angled shoulder,
and I know these are no seas for mismeasured sails.
I know the triangular warning sign when I see it.
The back pedal got lost, in the angles between hips,
and I’m waiting for point four, an equilateral,
but triangles are only three.
Order the dew point Now

Throughout 2019, Emily & John have home-recorded material, released their debut EP recorded at Tremolo Recording Studio, made radio appearances, and performed in venues and at events around Staffordshire & beyond, and have had a great time doing it.

In 2020, amid the chaos of lockdown and uncertain times, they have remotely recorded a new collection of pieces in the form of an EP entitled #40, and also a Christmas recording entitled ‘The Night Before’.

'It’s Only Thursday' delivers a beautiful taste of things to come from Rose & Cloud, I’m sure of it. Galvin’s words are heartfelt but they’re given a new dimension by MacLeod who lifts them up a notch in terms of their auditory delivery, with both poetry and instrumentals proving a joy to listen to – individually, of course, but when put together they make for something special.
Dr Charley Barnes
Mad Hatter Reviews for 'It's Only Thursday'
'It's Only Thursday'

Emily performs as part of her duties as Poet in Residence at Lichfield Library.