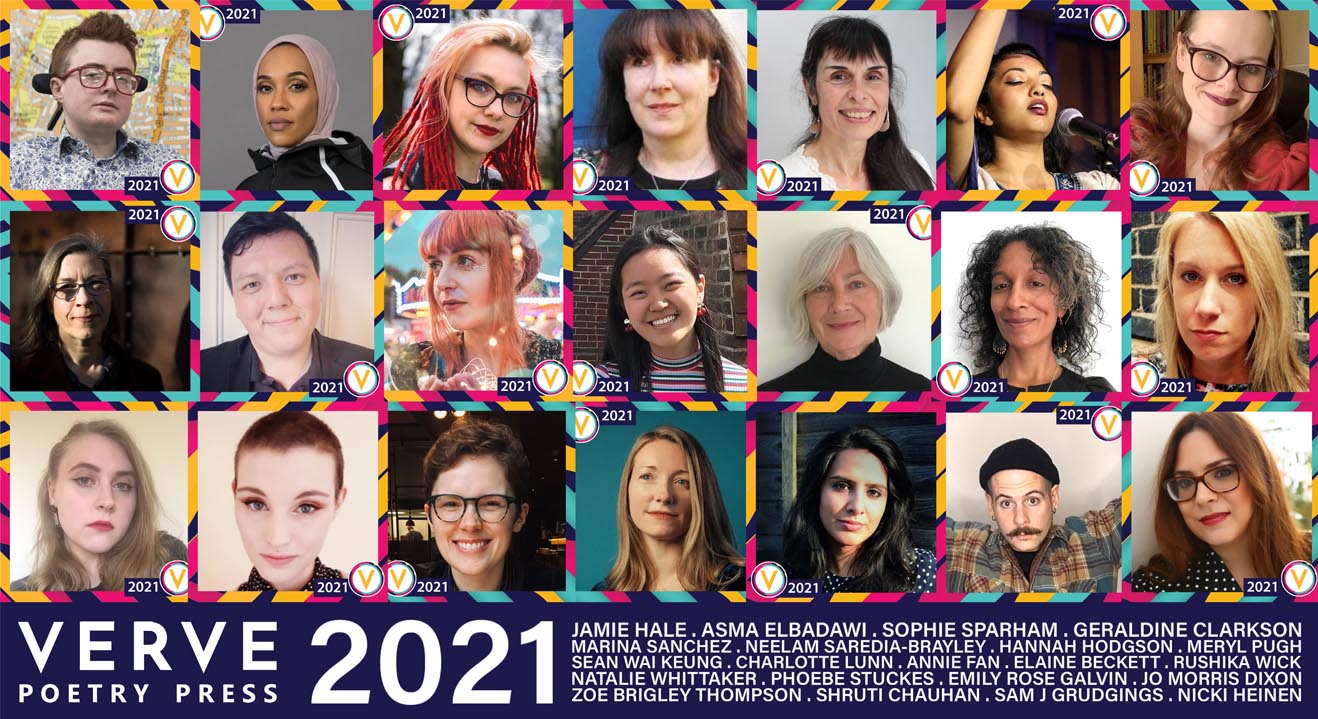 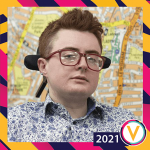 We are elated to be publishing Shield, the debut pamphlet of this incredible poet and essayist based in South East London in January 2021. Jamie Hale won the London Writers’ Award for Poetry in 2018 and was shortlisted for the Jerwood Fellowship in 2019. His pamphlet promises to be both current and timeless, touching on topics like the pandemic, mortality and life. 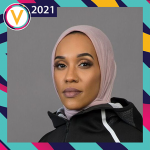 In February we will bring you the debut collection of British-Sudanese spoken word poet and basketball player, Asma Elbadawi, entitled Belongings. She is also known for her involvement in the FIBA ALLOW HIJAB Campaign and for winning the poetry competition 2015 Words First Leeds. Her poetry is inspired by her dual cultural heritage and female empowerment and we think her collection is long overdue. 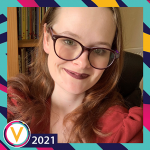 We will publish Hannah Hodgson’s inspiring new pamphlet next March, so write that down. Hannah is the winner of the Northern Writers Award for Poetry 2020 and a brilliant poet. She is also a writer and blogger living with a life-limiting illness and runs writing workshops for community groups and schools. She has work published in multiple media and magazine.

Latinx Mix is Marina Sanchez’ second pamphlet and we are very proud to be bringing it to you in March. She is an award-winning poet, translator and has been published widely. Her first pamphlet, Dragon Child, was published by Acumen in 2014 and her poems are included in the first ever UK Latinx Anthology, Un Nuevo Sol, by Flipped Eye (2019). 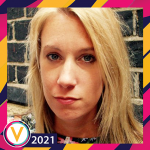 Tree is Natalie Whittaker’s second pamphlet and promises to be as powerful as the first and it’s our third March release. She is an award-winning South East London-based poet and her first pamphlet, Shadow Dogs, was published by Ignition Press. Natalie is also one of the London Library’s Emerging Writers for 2020/1. 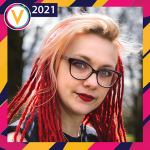 Sophie Sparham is a brilliant performance poet and writer from Derby and we are very excited to be publishing her second collection of poetry, The Man that ate 50.000 Weetabix, in April 2021. She co-hosts Derby’s Word-Wise Poetry Night, has performed at multiple festivals around the UK and runs creative writing workshops for schoolchildren and vulnerable adults. Sophie’s debut collection, with foreword by Benjamin Zephaniah, Please Mind the Gap, is available on Amazon. 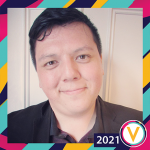 Also in April, we will be publishing Sean Wai Keung’s stunning debut collection, Sikfan Glaschu. Sean is a Glasgow-based poet and his debut pamphlet You are Mistaken won the Rialto Poetry Open Pamphlet Competition in 2016, and he has been published in multiple magazines, anthologies both in print and online so check him out. 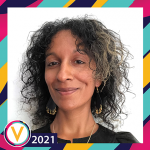 Our third collection of April 2021 is Rushika Wick’s magic debut work, Afterlife as Trash. This London-based poet and doctor has poetry published in Bad Betty Press’ Alter Egos and Andrews McMeel’s Smear. She diagnoses writing as an “infanticide of the self, best attempted through a pair of prankster lens glasses”. 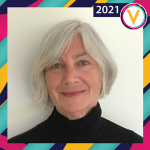 We will also be publishing Elaine Beckett’s debut collection in April 2021. She is a poet and screenwriter and her first pamphlet, Faber New Poets 13, came out in 2016 but she has also published standalone poems in multiple media, including the well-shared Thursday, with the Poetry Society. 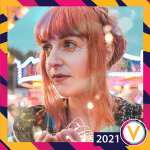 Metamorphosis lands in May 2021 and you will absolutely love it. It is a wonderful debut collection by this Derbyshire-based poet. Charlotte hosts creative writing workshops, competitions, studies Creative Writing and also works at Scarthin Books. 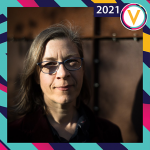 Wife of Osiris is Meryl Pugh’s third pamphlet and we are delighted to be bringing it to you in May 2021. Her debut collection, Natural Phenomena, was published in 2018 by Penned in the Margins, featured in the Poetry Book Society Guest Selection, named as one of Poetry School Books of the Year 2018 and long-listed for the 2020 Laurel Prize. 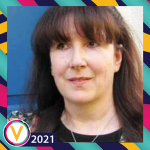 Geraldine Clarkson’s new pamphlet comes out in May and we can’t wait. It follows her amazing 2020 collection Monica’s Overcoat of Flesh, published by Nine Arches Press. Her first solo reading slot was at the Verve Poetry Festival 2017, and according to her “the stars have aligned for Crucifox”. We are very glad they did. 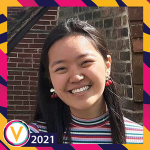 We are beyond excited to bring you Annie Fan’s refreshing debut pamphlet, Woundsong, in May 2021. Annie was commended twice in Foyle’s Young Poets, won Lancaster University’s prizes for both fiction and poetry and was a prizewinner in Tower Power, twice. She is also a Shadow Trustee for Modern Poetry in Translation. 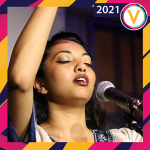 Neelam Saredia-Brayley is a Kent-based poet and creative and we are beyond excited to be publishing her debut collection in June 2021. This was a huge year for Neelam, and she was awarded a place on the 2020 Jerwood Arts: Apple and Snakes Poetry in Performance programme and is developing her Queer Brown Skin show, funded by the Arts Council. 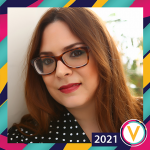 Nicki Heinen’s debut collection will be available in September 2021. This London-based poet is a winner of the Barbara Wrigley Prize for Poetry and founder and host for Words & Jazz, a spoken word and music night, at East London’s Vortex Jazz Café. She was also shortlisted for the Pat Kavanagh Prize, Fish Publications’ Short Memoir Prize and Fish Publications’ Poetry Prize. Her debut pamphlet Itch, published by Eyewear Press, is out now. 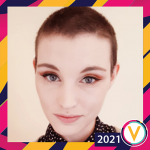 We can’t wait to publish Emily Rose Galvin’s debut collection, also in September. She is Lichfield Library’s Resident Poet, Co-Founder of WordCraft Poetry and was Staffordshire’s first female poet laureate from 2017-2019. Emily was also shortlisted for the New Voice in Poetry Prize 2020. 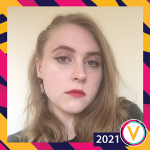 Also in September 2021, we will be publishing a pamphlet by the amazing Phoebe Stuckes and we are beyond excited.  Phoebe is a four-time winner of the Foyle Young Poets Award. Her debut collection Platinum Blonde, by Bloodaxe Books, is out now and features the Geoffrey Dearmer Prize-winning poem Thus I became a heart-eater. 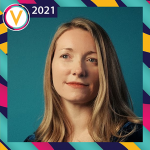 Zoe Brigley’s brilliant pamphlet, Into Eros, arrives in October 2021 and it can’t come soon enough. This Welsh-American poet and essayist published three poetry books with Bloodaxe (Hand & Skull – 2019, Conquest – 2012 and The Secret – 2007) and has also worked with Helen Calcutt on poems for her pamphlet, Somehow, that lands this September 2020. 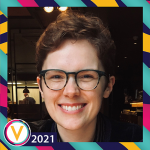 I Told You Everything – Jo Morris-Dixon

Jo Morris Dixon grew up in Birmingham and now lives in London. She has worked in museums and currently works for a mental health charity. Her poetry has been published in Oxford Poetry and The Poetry Review. She was longlisted for the 2015 Plough Poetry Prize and the 2020 National Poetry Competition. I told you everything is her debut pamphlet. 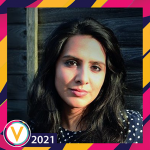 Shruti Chauhan’s new pamphlet comes out in November 2021, to finish the year in a high. She won the National Poetry Library Instapoetry Competition and Best Spoken Word Performer at Saboteur Awards, both in 2018. She is also a radio presenter for BBC Leicester and her last pamphlet, That Which Can’t Be Heard, was published by Burning Eye Books. 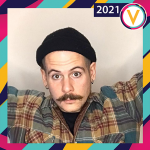 Verve will also be publishing Sam J. Grudgings’ brilliant debut poetry collection November 2021. Sam is a Bristol-based poet known for his intense stage dynamic. He was shortlisted for the Outspoken Poetry Prize in 2020 and longlisted in 2019. He also runs performance workshops and campaigns for the recognition of lived experience in professional and academic circles.