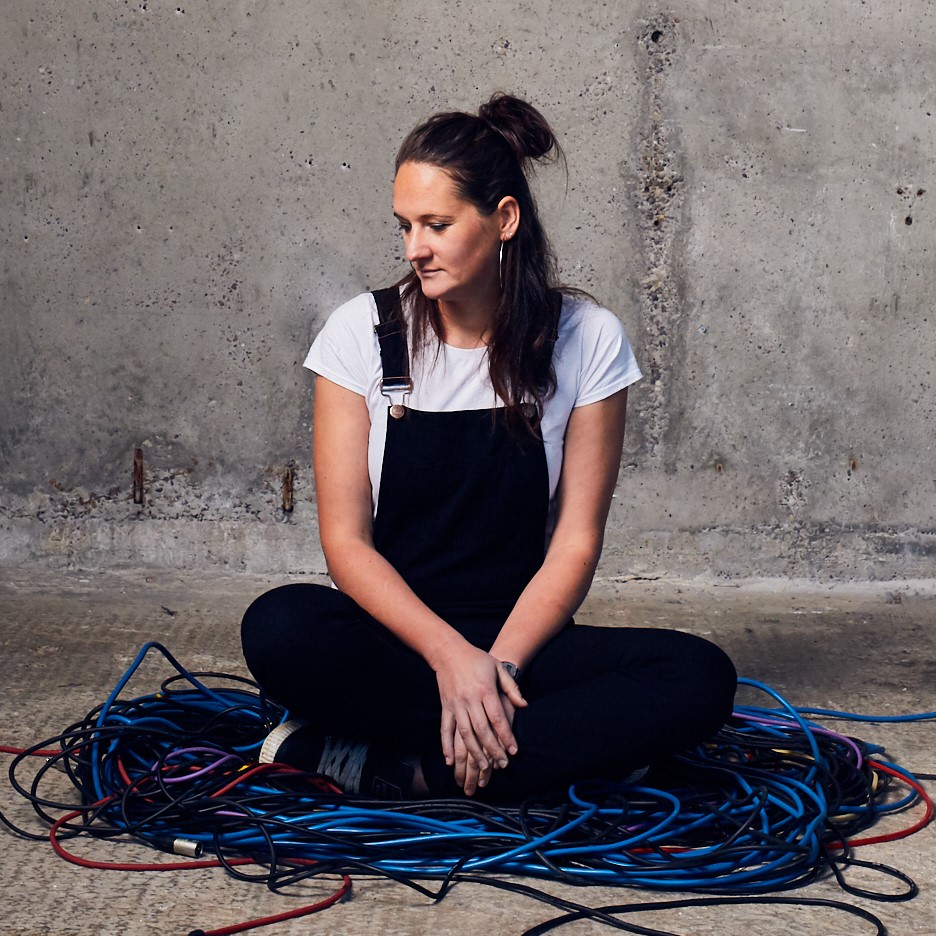 ‘I’ve got really used to performing with the band, so now I find it quite nerve-wracking when they are not there!’ Genevieve Carver talks poetry, develop-ment and what it’s like writing for her band, The Unsung.

Following on from a storming launch at Verve Poetry Festival in February, which everyone agreed blew the audience away, Genevieve Carver and her band, The Unsung, had to cancel most of the planned tour of their incredible poetry show, A Beautiful Way to be Crazy. The tour will be back, and when it is you should definitely see it, but in the mean time, we asked Genevieve to describe it to us and to explain how it fits together with both her solo performance and page poetry. 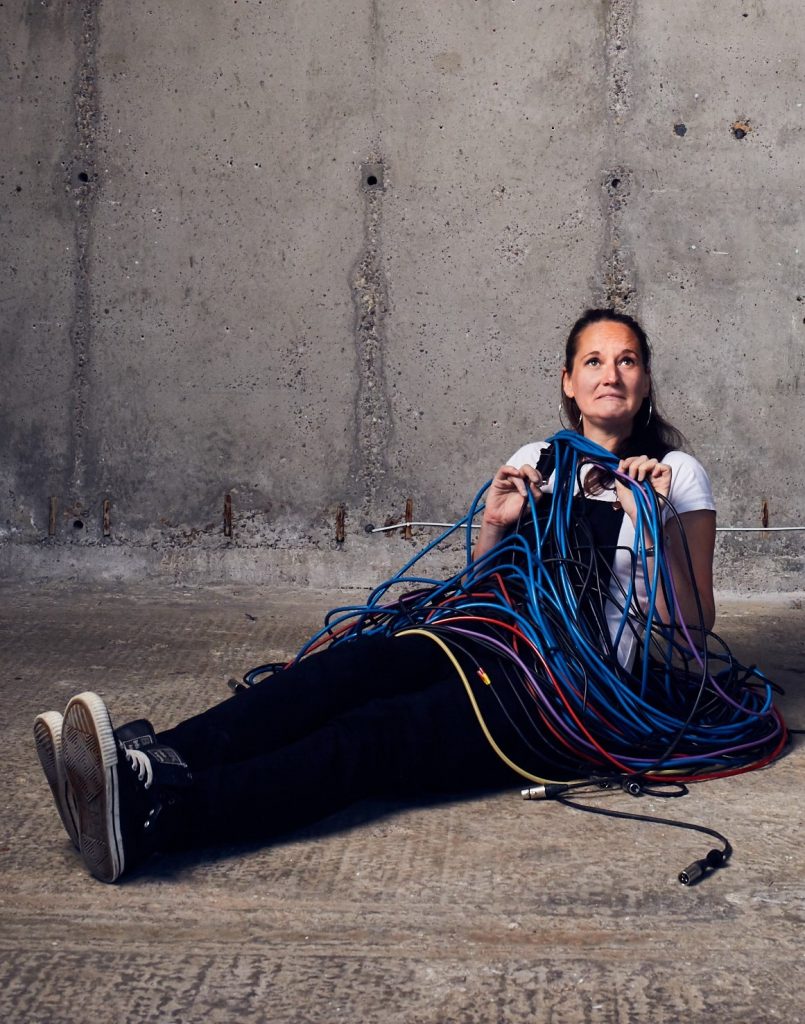 It seems a complicated move for a poet to form a band to create a poetry show. What made you want to follow this route?

This is the second show I’ve made with multi-instrumentalist band The Unsung (Ruth Nicholson, Tim Knowles and Brian Bestall). Our first show (confusingly titled The Unsung) was all about people whose deaths were caused by music – I’ve always been fascinated by the power of music, both dark and light.

With both our first show and A Beautiful Way to be Crazy, it made sense to work with live music firstly because of the subject matter, but also because I’m a big believer in bringing poetry to new audiences, and I think music gives people a ‘way in’. Plus, the sound and rhythm of words has always played a big part in my writing, and I tend to see poetry as a kind of music written with words anyway. 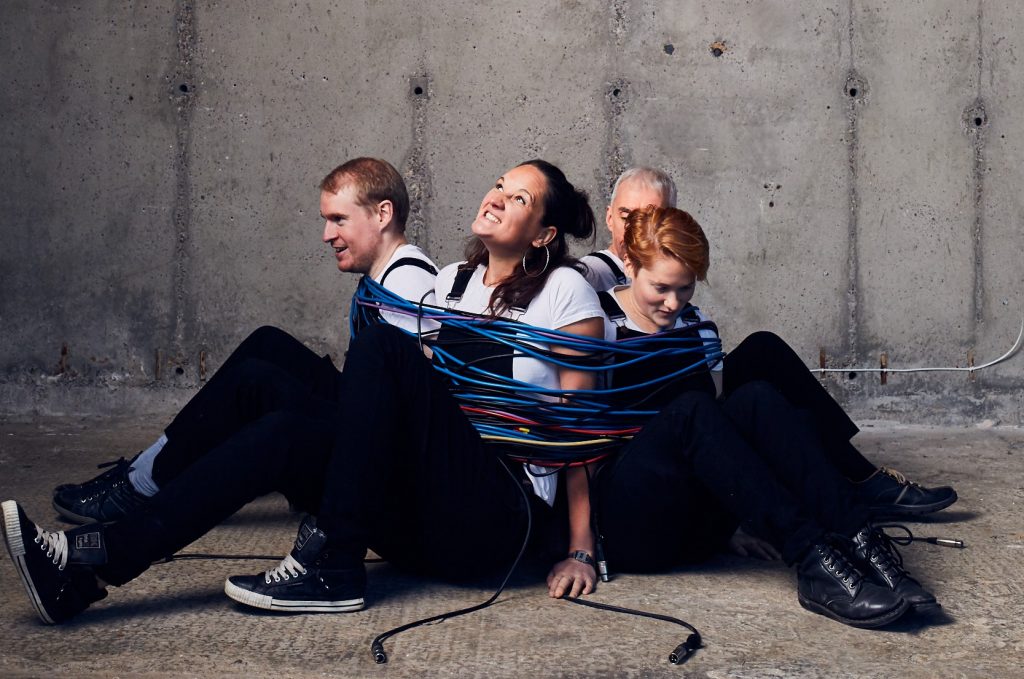 It is an extremely enjoyable but also a moving show. What were the key messages you were trying to communicate?

The show explores female experiences in the music industry, but also covers broader themes to do with gender, mental health and confidence.

Women make up just 30% of the music industry as a whole, and as little as 2% in certain, usually more tech-heavy roles. At the time I started researching this as an issue, I was also was starting to realise a lot of things about my own journey into performing – the confidence I lacked as a younger woman, the way I always felt the need to apologise for taking up space in the world. I think gender stereotypes are something you can go a long time without seeing, but once you see them, they won’t leave you alone, so I delved further and further in, talking to more and more people about their experiences.

I ended up interviewing almost 50 female and non-binary music practitioners including singers, instrumentalists, sound engineers, producers and events promoters and covering genres from classical to folk, electronica, rock, pop and jazz. I interviewed performers in a sex workers’ opera, internationally touring DJs and members of an all-female band of adults with learning difficulties. The Unsung has always been about bringing to the fore the stories of people who otherwise wouldn’t be heard, so it felt right to talk about my own experiences alongside a diverse range of other voices.

There are some other poems in your book of the show for A Beautiful Way to be Crazy that come from an earlier time when you were tending to work as a solo poet. How did you get into poetry, and how has your career progressed over time?

When I was about twelve years old a school friend came over and saw The Penguin Book of English Verse by my bedside. ‘You’re not actually reading that for fun are you?’ she said, and from then on I thought a love of poetry was something you were supposed to keep secret.

I wrote bits in my bedroom through uni, but only really got into it when I moved to Sheffield after I graduated. I was really lucky in finding a buzzing spoken word scene here, and started doing my first open mics in about 2011, when I was 25. I was working full time as an archaeologist then, but was doing more and more writing and performing, and starting to get booked locally for featured slots.

In my late 20s I had a bit of a nervous breakdown, which I won’t go into, but it led to me quitting my archaeology 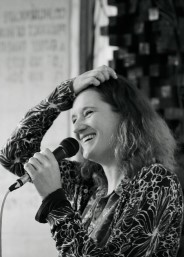 job. I started working part-time in a café and doing as much poetry as I could in between, including forming The Unsung in 2016, getting a few poems published in journals and magazines, and beginning to tour further afield. Over time I’ve been able to shift more and more of my focus and income to writing and performing, and am now fully self-employed. I’ve had some great opportunities recently, including being apprentice poet in residence at Ilkley Literature Festival, working in a writer’s room on a new drama series for Sky TV, collaborating with a movement artist a new piece for stage, and of course the publication of my first collection by Verve Poetry Press. 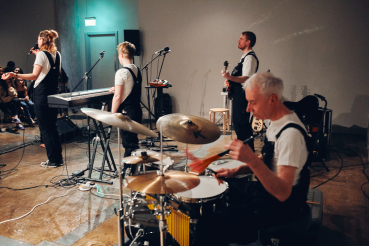 Has your poetry had to adapt itself to the work you are doing with The Unsung? It feels like quite a different beast to your previous solo poetry work.

I write differently if I’m writing for the band than say, if I’m writing what you might call a ‘page poem’. The poems I write for The Unsung tend to be more immediately accessible and rhythmical, so their meaning isn’t lost amongst everything else going on. I work very closely with the band to make sure the words and music are complementing rather than competing with each other, so that my voice and the voices of the other instruments are all working together to tell a story. 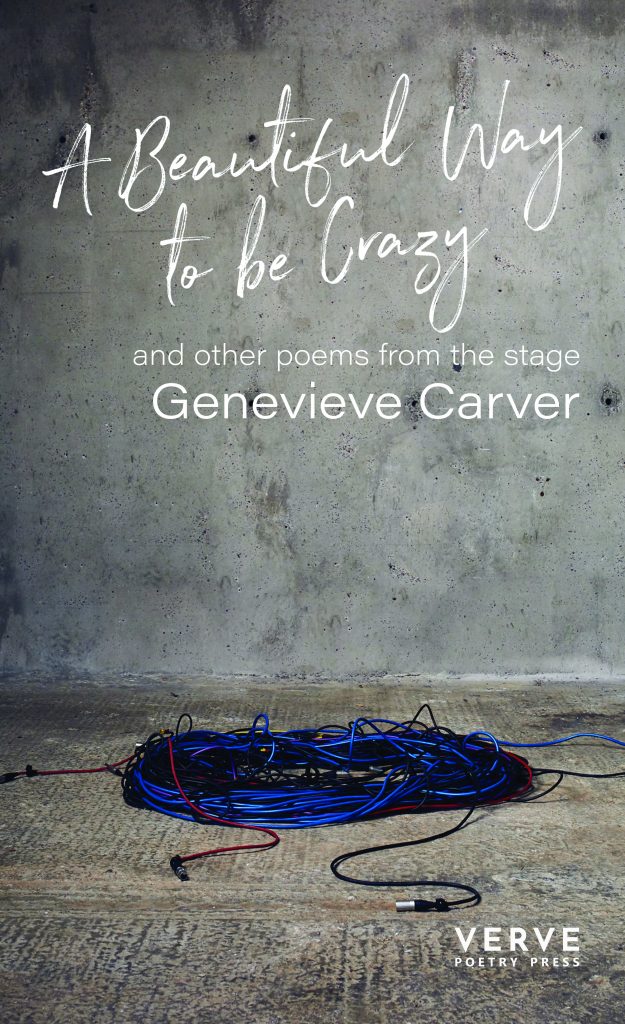 I’ve got really used to performing with the band, so now I find it quite nerve-wracking when they are not there! You forget how exposing it is when it’s just you up there, so I guess I’ve got a new-found respect for that.

You can buy a copy of Genevieve’s collection, including the entire show for A Beautiful Way to be Crazy HERE .

You can read more about Genevieve and her band as well as the poem, ‘Champagne, Cocktails & Sausages’ up on the ace Proletarian Poetry Website HERE .